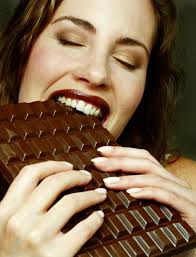 Are there any people on this planet to hear the word chocolate and not “upset”? Seeing the “black goddess” and do not drool? Taste to it and not enjoying? If so surely will be minimal !
Chocolate or “food of the Gods” is derived from the seeds of the cocoa tree. The Mayans were the first people who used and consumed in beverage form. In later years the Spaniards brought to Europe in cocoa which became widely known through literature! The 1674 was produced in London in the first chocolates in solid form in 1875, the Swiss Daniel Peter added milk cocoa creating milk chocolate.
Although several studies have shown that especially the chocolate has beneficial properties for the human body, many are those who avoid it because the thought forbidden or follow a diet plan or not. Let’s see what is actually true for the “food of the gods.”
The consumption of dark chocolate is associated with:

Couverture: contains that both health but less cocoa mass

Chocolates with nuts or fruits: the above chocolates which have added nuts, fruits and even liqueurs.

Can the chocolate when consumed to offer pleasure, enjoyment, wellness, toning and good health but remember… all in good measure! 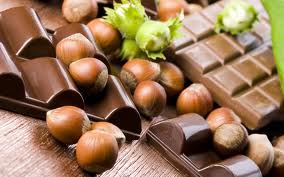 Preheat oven to 170 C.
Crumble the macaroons. Separate 1 egg and mix the yolk with marzipan.
With electric mixer, add the egg whites, one whole egg, butter, flour, cornstarch, cocoa, sugar and salt. Beat well.
Transfer the mixture into a piping bag with a large star nozzle on a baking sheet with greaseproof paper and bake for 12 minutes in preheated oven. Allow to cool.
Melt some chocolate, according to package directions and decorate cookies with it. 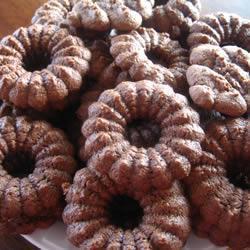 Melt the chocolate in a bain marie and whisk the cream until it becomes whipped cream.
When chocolate is melted withdraw the pan from the heat and add the milk and finally the whipped cream. Mix well and refrigerate.

Hair … the mirror of our food